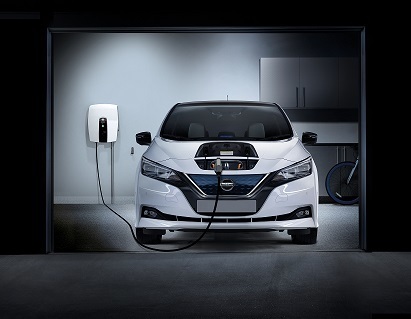 By pumping EV battery power back to the grid at peak times, our new V2G charger helps reduce over-reliance on fossil fuels. We think this is a huge leap forward towards a greener future! Arriving this summer, you can find out more about its game changing features and register your interest here.

Did a reply solve your question? Then mark it as the correct answer!
Show first post Hide first post
Page 3 / 3

We are moving into a new house at the end of August here on Anglesey. I have a Nissan Leaf, I registered with the V2G and will be an Ovo customer again once we complete. New house hasn't got a charger and I was going to get a Zappi so I could take advantage of charging off peak. With the announcement of this trial, I am not sure whether to go ahead or wait. If I bought now, would I be wasting money and would Zappi play nicely with the OVO kit? Any thoughts ?
zzbuckley aka Steve
A

So excited about this technology going forward. Has such great potential!

Received an e-mail update this morning. Things are progressing but we can't sign up yet.
Nigel
A

I got the email too. Better they get it right, than rush it.
A

I’m trying to see how the V2G works. I presume I can’t use my car battery to prioritise use in my own home. Base on an econ 7 model, could I use my better to use “cheap” electricity during peak hours.

I think they're still sorting out all the facilities V2G will offer Ovo customers. No doubt charge Economy 7 and push to grid at peak times will be part of it. Plus of course being able to state when you need the car fully charged for a journey.
Nigel
A

I guess we've all noted today's generic 'holding' email from the OVO V2G team. Nothing substantive in it regarding dates, tech or smart meter integration.

I had reached out to OVO to attempt to coordinate three things, all of which I had signed up for:

As others have noted on this forum, clearly a fully functional second generation Smart Meter is absolutely key to getting all this work.

However, there appears to be a lack of coordination internally at OVO. It would be helpful to have a dedicated contact person, who takes ownership of these matters for OVO and provides a single point of contact for customers who have signed up for the various programmes.

I would also like to know why, in the generic holding email sent out today, OVO refer to ordering ChaDeMo cables for their V2G charger. This limits car-to-chargepoint communication to (essentially) only those, mainly Japanese, cars which use this rather outmoded charging & comms connector. This will rule out any downstream connection to the V2G charger by any EV equipped with a Mennekes Type 2 or CCS connector (or any of the high capacity evolutions thereof). In my case, this means we will only be able to hook up my 30KW Nissan Leaf, not our 100KW Tesla, which would be much more useful as part of the "distributed power station" envisaged for V2G.

I do appreciate that, for the purposes of getting the initial grant from Innovate UK, OVO have had to pair up with Nissan. But please futureproof the V2G box by avoiding a solution which allows only one physical, charging and comms link between the EV and the chargepoint.

Would appreciate a reply from someone at OVO.

Because they're working with Nissan to start with. I suspect Chademo so that they can suck electrickery at a faster rate than 7kW? Also, Nissan already had V2G working in Japan so they should be able to sort out a working system sooner.

I sit to be corrected as I've often been wrong before.
Nigel
T

Userlevel 3
I'm just reposting this on this part of the forum because the more learned discussions seem to happen here.
When I first enquired with OVO, I had a Nissan Leaf, but I have now traded it in it for a Hyundai Ioniq with 28kWh battery and much better efficiency than the Leaf. The Ioniq has a CCS connector for rapid charging. Does anyone know if this connector going to be compatible with any version of the V2G equipment.
I have also just swapped suppliers to OVO in order to partake in the V2G scheme.
I have 4kW peak of solar panels, so any intelligent metering would be welcome. I have just swapped from Scottish Power who seem to be incapable of fully commissioning their two smart meters after 6 months - we have the electricity one commissioned, but not the gas meter, and not the home display unit - quite useless ;-)

Tony, to start with, V2G is only going to be Nissan vehicles. The benefit for you will be the subscription to Polar chargers so you can rapid charge at 10.8p per kWh.

I have no idea when Ovo's V2G will take on other makes. As to smart metering, I told Ovo that I'm holding out for Smets2 to make sure that if I swap suppliers, I'll still be able to connect to the smart readout device indoors.
Nigel
W

Just a quick question, which I may missed but how would one get named on the trial?

I've had repsonses back from eon and octopus both saying that v2g is in the pipeline but of course not time scales.

Would it be cost beneficial to wait for OVO or switch once this is all sorted and just use the 5p off peak from octopus until then.


word on the grapevine is that Anglesey may be a tricky spot for installers to get to, so it's unlikely to be a priority early on. As well as this, our V2G charger will not work with Zappi. So if you're in a rush, our advice would be to not wait!

Thanks for the feedback . Although future versions of the charger may work with other EVs, our initial offering is just with the Nissan Leaf. Please note that an S1 smart meter would be fine for this product. Have you not got one fitted? If not, here's the booking platform. Just to correct one bit of info in your comment: our home battery trial is not subsidised by the government: https://www.ovoenergy.com/home-energy-storage.
Carbon neutral - we need a community to get there!

Hi !
Thanks for your comment! It clarifies a lot!

I will be very grateful if you would help me clarify the following thing - if you an owner of Nissan Leaf(capacity > 30kwh) you don't have to do any adjustments to your car. You just plug in the V2G charger from Ovo and it works. Right?

+3
That's correct , you shouldn't have to upgrade the Nissan at all.

There are data/sensing connections within the charger plug, and the OVO V2G Charger can communicate with the firmware built into the vehicle.

What I don't know is whether it is the Charger which controls the V2G operation or whether this is an embedded feature within the Nissan Leaf. That's why I can't be sure of whether earlier Leaf's (manufactured prior to the V2G concept being ratified) might need a software upgrade by a Nissan dealer.

When you write "and it works. Right?" there is of course a whole load of other technology and tariff systems that have to be implemented.

It's likely that the OVO V2G charger requires a SMETS2 meter to communicate with. But OVO might release a version which provides basic functionality for houses with a SMETS1. It depends on whether the design team at Indra require the charger to operate as an ALCS device.

Then you'll need a tariff with OVO that facilitates them buying back stored charge from your Leaf. You will presumably need to configure the parameters under which you are prepared to offer a stated %age of that charge. In future this might be done through your Smart IHD, but such a device doesn't yet exist.

There are other intriguing questions to consider...

a. If a friend also owns an OVO V2G charger and I visit him; when I plug my Leaf into his Charger can I still operate in V2G mode?

If some of my stored charge is fed back to the Grid, who gets the credit on their bill - me or him? Can the V2G Charger detect that it's my Leaf at his house and pick up my tariff preferences, or does it use his preferences because I'm connected via his SMETS2 meter?


b. What happens if I work for an enlightened employer (like OVO Energy!) who offers staff free/cheap charging points when I'm at the office?

Can I then drive home just before the evening peak-demand time and resell my employer's electricity at a profit? :)

Do I declare this to HMRC as a benefit in kind?

Or do I get prosecuted for theft?


c. What happens If I charge up my EV and then drive to an area that already has a surplus of renewable energy, like Devon/Cornwall, and plug into a V2G charger? Will my preferences for reselling stored charge be over-ridden by OVO's VCharge software on the grounds that my electricity isn't now required?

Or will the configuration software simply offer only a small amount per kWh and hence I receive a Notification asking if I really want to resell the electricity at that rate?


There are so many possible ways in which this technology can operate.

I just hope that OVO, VCharge & Indra have a think-tank busy considering the implications of their design and ensuring it's as open/generic as possible in order to allow the customer the widest range of options.

Perhaps one of the Moderators (?) can update us on whether there are any further decisions made on the points I'm conjecturing.
Save energy... recycle electrons!
Page 3 / 3