Userlevel 4
I saw this on the BBC and thought you should see it:

has previously mentioned this to us, so you saw it first on the OVO forum!

+3
Yes indeed. We were discussing the issues in Arqiva's Northern Territory all the way back here on 13th April '19.

Is anyone within OVO able to say how the company is handling SMETS2 installation requests from within the Northern Territory?

There's obviously no point wasting effort trying to install meters which can't be properly commissioned due to deficiencies in parts of the Wide Area Network.
Save energy... recycle electrons!
B

Things are going well in the Northern regions for OVO at the moment.

The Installers have been installing the newest Aclara 2.8 meters and they have proven pretty successful and as a comparison we have a very similar success rate that that of the South and Central regions.

+3
You're installing Aclara units in the Northern Territory?

Do I assume that refers to the SMETS2 electricity meters?
What Comms Hub is on top - EDMI?

Got any photos you could post here, ?
Save energy... recycle electrons!
B 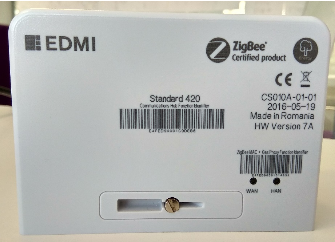 +3
Well I was actually hopeful of seeing an Aclara 2.8 and an EDMI Comms Hub stuck together as a pair, .

And, if you're offering an on-site photo, could we have one that is identifiably from a location in the Northern Territory? You know the sort of thing...

... rugged landscape, a bit of industrial heritage in the background, OVO installer standing proudly next to the meter with a jar of northern hospitality in his hand

We wouldn't want customers thinking it was a mock-up done in Bristol, would we?!


On a more serious note, what proportion of the Northern Territory now has a reliable/tested WAN operating on 400MHz?

Do you have a map which shows where the SMETS2s are successfully being commissioned?
Save energy... recycle electrons!
A

Userlevel 1
Why this great desire to have a working Smart Meter? You do realise that when they are all up and running properly, energy companies will have the ability to introduce multi-tariff rates? They will know exactly how much energy we use in peak periods and up the rate accordingly, (some customers believe they will reduce the rate in off-peak periods! As if!!) To avoid the increased bills we will need to turn on the washing machine, dryer, dishwasher etc: during off-peak periods, I.e. 3 o’clock in the morning, risking being burned to death in our beds. The government are pushing the scheme because, if peak period usage is reduced, they don’t have to build so many power stations.
My smart meter doesn’t work at the moment and long may it stay that way. Whatever possessed me to ask for one in the first place?