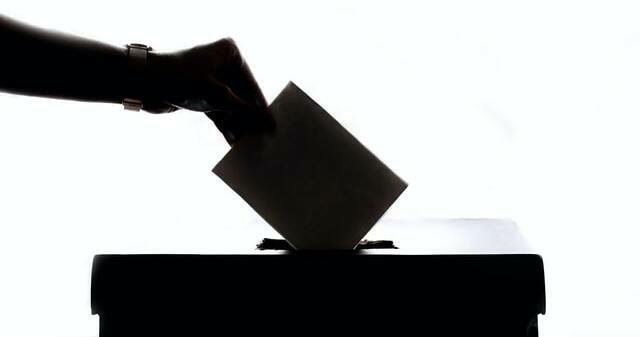 Our next online meet up - May

Following on from our successful first ever online event in April, we’re making plans for the next one, and we want you to decide the agenda.

We listened to attendees at the end of April’s event, outlining some areas they would love to be able to learn and discuss more about. I think we could do with an event dedicated to each of these climate related energy technology subjects. The question is, which one will we do first?!

As well as making your vote, I’d love to your hear ideas for how the session can be run. For example we could have a lead speaker (s) run the session, taking questions after a presentation. Alternatively we could allow the group to run the session, either with a fixed range of discussion points, or a less structured session like the one we had in April. The feedback I had from attendees was that more structure to the agenda might be better, but maybe this depends on the agenda we choose...

Our aim here is to bring knowledgeable people together with others wanting to know more. To share experience, expertise and interests, so that we leave this session more empowered and confident in the subject matter then before it started. I believe this sort of community power is essential if we’re to fight the climate crisis. So let’s get talking!

As for a time and date, how’s the last week of May for everyone? Date and time preferences welcome :)

What should the agenda of our May online meet up be based on?

Sorry I missed this. Was during work time so wasn't able to make it in the end

Thanks for the summary of what I missed.

would I be able to participate in trials 3 or 4 above please?

I would vote for any of these options, but I am most interested in the smart home. can we wait for the June meeting?

"Life is 10 percent what happens to you and 90 percent how you react to it."

The May event has already taken place but we don’t yet have anything set up for June. I think Tim is currently working on what the next topic might be, but we’ll keep you posted.

Sad we missed you both at our last event,  and   - glad to hear you’re both keen to learn more about making your home Smart though!

Unfortunately both the Zero Carbon Heating Trial and the Powervault battery Trial are in the next phase so aren’t taking new applications right now, . We’ll be posting up some more public posts about the lessons being learned from these trials soon though - so keep your eyes peeled on our Smart Home area to learn more about what you might need to consider before investing in this new Smart Home technology.

We’ll most certainly be planning another online community event soon and will of course run another poll to see what everyone wants to talk about next time - just need to make sure we give everyone plenty of notice and choose a time that doesn’t clash with too many summer staycation plans!

Shame I always seem to miss out on these trials. Are there any new ones planned please?

Nice to hear you’re keen to participate in one of our trials, .

We don’t have any upcoming trials at the moment but it’s worth keeping an eye on the Smart Home page of our website as this is where any new trial will be launched - we’ll obviously keep this community updated as well so we’ll be sure to tag you if anything new gets launched!

A quick update here from me about our next online meet up.

I’m definitely keen to host another session soon, and I’m ready to put the work in to make it happen. I feel that it’s a different dynamic to interacting online on public threads, and it allows for more meaningful conversation, and all that good stuff.

There’s a few staycation plans coming up in June, so I’m targeting a July event. I’m aware that July might be a busy month for people if conditions allow for trips or activities that were previously not possible. Hence why I’m hesitant to reach out now for a fixed date until we have more to go on.

The key thing for me is that it’s an event that’s worth your time. A guest speaker has been suggested before, and I agree that would be fantastic. It’s also a nice idea as it’s a different format. I can’t promise this for the next one as I’m not sure on feasibility, unless it was someone who’s already a community member…….. *queue the volunteers*

Jess also had an idea of potential break out rooms. So 2 or 3 virtual rooms you can join, to allow a small scale conversation about a particular subject. I’m aware that our first two events have enough people to warrant relatively strict rules about when to have ‘the floor’. This helps to avoid people being talked over or to dominate, but I feel it tends to hurt a natural conversational flow. So I’d welcome opinions on this!

As for a subject matter, the obvious option is to ask you about the two choices that weren’t selected in the last poll:

Yes, no, something else. Let’s get the conversation started as once we know the agenda, we can reach out with a date to get everything booked in.

Google Meet should support Breakout Rooms just fine, but it’s a feature I’ve never really played with much. I’ll grab some of my test accounts and see what I can do. :)

Securing energy by zapping security bugs... For that is The Blastoise Way!
Page 3 / 3