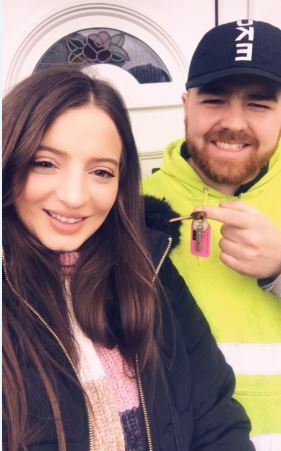 I know it’s sunny and warm outside, so less energy is being used - but I need to make savings now! So, I need your help - what energy saving appliances do you use?

I’ve just bought my first home, so I’m starting with energy saving bulbs. Is there anything else I could do to use less energy? I’m looking forward to reading your tips - the more obscure the better. 😀

This time next year I’ll be getting married, so I’m definitely in the market to save money on my energy when I can! 💍

My friend told me how electricity is measured and I was like Watt!
A
Hi Eva

Just a few ideas- in no particular order.

Try and buy the most energy efficient appliances that you can afford. Also avoid buying appliances that are bigger than you need. A bigger washing machine probably uses more water and needs more electricity to heat the water than a smaller one, use the shortest/lowest temp wash cycle that gets the job done. Also think about your other appliances how big a fridge freezer do you need? If you buy one that is too big you are paying to keep empty space cold.

The same goes for small appliances too, how big a kettle do you need? If you are only making 1 or 2 cups of tea/coffee dont overfill a large kettle or use a smaller kettle instead.

Also I can use the microwave and convection together which for example cooks a baked potato in around 20 mins compare to about 1.5 hours in my main oven.

If you have a hot water tank - look at how long the timer is on for- you can experiment and adjust the time to suit how much hot water you use. Dont leave the hot water on for longer than needed.

Userlevel 4
Hi , cograts on getting married. First tip never leave home as that's by far the cheapest option!
However being aware of the household appliances that are power hungry can help you use less electricity.
With an electric kettle only boil the actual amount of water you need. Don't fill the kettle for one cup of tea.
Use a microwave rather than an electric oven.
Use a toaster rather than doing toast under the grill.
Use washing machine at lower temperature and avoid only putting one item in!
Turn everything off that your not actually using as every little helps.
Never leave heating on when house unoccupied.
I used to have a mug that said "Save water bath with a friend" but it also applies to electricity.
Hope that gives you some ideas.
UC Bear

Agree with Phil the tumble dryer is a big no no. For me living in a house share, I can't really stop my house mates from using it. I don't, 1 other doesn't, and the two others do 👹

One even uses the dryer, and then goes and hangs up all their washing anyway - what's the point in that!?

More good tips here
Carbon neutral - we need a community to get there!

+1
Agreed with all the above, make sure you buy LED bulbs rather than CFL (The fluorescent ones) You can get either daylight which give a white light or warm white which are mofe like the old fashioned bulbs giving a yellowish light. Get own brands, for example Wickes own range which tend to be cheaper.

If you can afford the capital expense get PV panels and a storage battery.

Invest in an internet controllable thermosat, I recommend the Inspire Home Automation one, it simply replaces your existing thermostat, doesn't need boiler connections.

In the cooler weather, put on a jumper rather than turning up the thermostat or go to bed early 😊

There are also slightly more contentious energy savings to be made by reducing frequency of showering (think strip wash), and washing clothes less frequently (reduces release of manmade fibres into the ecosystem). For many over 60s, like myself, these are simply normal behaviour:)
SianiAnni
A
The talk of showering got me thinking...

If you have an electric shower they can be very expensive to run. I have just done a quick back of the envelope calculation and get the following.

If you spend longer in the shower it will cost more.

When selecting a fridge or freezer, please note that the Energy Ratings do not tell you how efficient it is. The tests for these items relate to how good is the insulation around the cold compartment. They do not take into account the amount of electricity needed to run the compressor motor.

LED lighting. If possible avoid using bulbs, and instead use dedicated LED fittings. The electronics in the bulbs generate heat which cannot easily be conducted away from the bulb envelope. The lifetime of an LED emitter is proportional to the temperature at which it runs.

Have a look at what I wrote here on 's weekly blog about LED emitters.
Save energy... recycle electrons!

Userlevel 6
This is all amazing advice thank you all so much! 😄

Charlie (my fiance and the chap in the photo) and I have already made a list using your tips on things we need to do to save money on energy. Our biggest problem at the moment is that we have a back boiler, which apparently isn't efficient - we can't wait to change it.

That's my worst habit I love a long shower the hottest it can be, I spend far too long in there! 🙈
My friend told me how electricity is measured and I was like Watt!

+5
Well I'm glad to hear that the chap in the photo is Charlie... otherwise there would some explanations needed! 🙂

A. What fuel is used to heat this back boiler?

B. Does the hot water then go to a storage tank?
If so, please describe it or send pics.

The whole concept of Energy Storage is about to become very important as we move towards TOU Tariffs. So you don't want to start by removing a storage device!

Have a look at my diagram here which decided to move into the Forum's public area before I'd finished designing it!

There are storage components in the blue section of the diagram... and it's that part of the drawing which needs further work.
Save energy... recycle electrons!

I've installed a thermal solar array which feeds into my water tank. On cloudless days we have more hot water than we can use, even in winter. Long hot showers suddenly aren't a problem.

That's one of the reasons I'd like more details of your existing tank.
Save energy... recycle electrons!

Userlevel 6
So at the moment the boiler is behind the fire and I believe it's gas, and in my bedroom I have an airing cupboard with a big copper tank that stores water. We're hoping to eventually remove the fire and the tank and have a new boiler installed.

Even after my long showers and washing up, we've never actually run out of hot water - touch wood. 😂
My friend told me how electricity is measured and I was like Watt!

So my initial response is "don't just chuck out a tank!"

There are three main types of water storage cylinder:
With the older type of Direct cylinder, the water which comes out of the tap is the same water which passes through the back-boiler and gets stored in the tank. These are pretty uncommon now. They run the risk of the pipes getting clogged in hard-water areas.

The most common style is the Indirect cylinder, where the water in the back-boiler is passed through a coil in the tank, thereby passing its heat to the main body of water. Thus there is no mixing of the two water systems. The circuit feeding to/fro the back-boiler contains a chemical inhibitor to prevent the pipes corroding or getting clogged.

I have a Thermal store. In this arrangement the main body of water in the tank contains the inhibitor. It gets heated by an energy source, such as a gas-boiler, and I pump the same water through my underfloor heating. 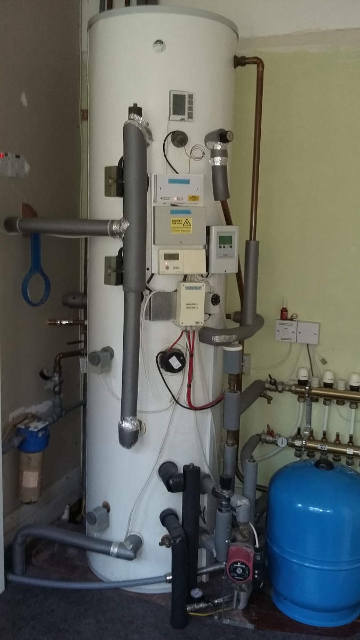 When a hot-water tap (or shower) is turned on, cold water passes through a coil at the top of the thermal-store and picks up heat.

The main advantages of a thermal store are:
So, based on that explanation, what more can you tell us about the existing tank in your bedroom?
Save energy... recycle electrons!
P

I have bought some of those new energy-efficient light bulbs… I read that they save around £30 a year per lightbulb. They are kind of expensive but I think its worth it. They last a lot longer too.  I read its best to go with LED, and not the other cury ones.

I found some for pretty cheap and Ikea and I know that Lidl sometimes have them for super cheap.

There’s a lot of stuff out there about small things that are supposed to save you money. I read this article *edited by mod* and most things don't involve buying new stuff. Mostly just changing the way you do things around the house.