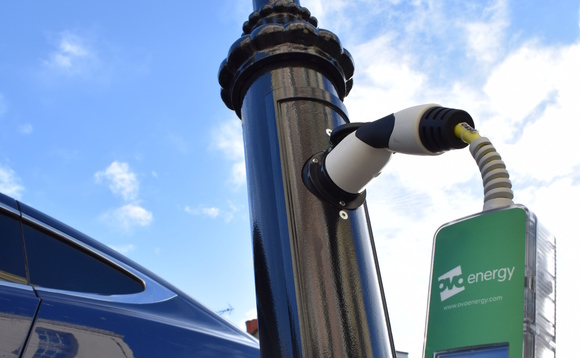 This is something that gets asked a lot and is probably a big consideration for anyone thinking about getting an EV and how it compares to its petrol or diesel equivalent over its lifetime.

We know that all industrial processes have environmental impact, and EV manufacture is no exception; however the cradle to grave environmental impact of driving an EV is much lower than for a combustion engine car, especially in terms of CO2 and NOx/particulate emissions. This impact will fall as renewable generation increases and smart charging pushes charging into lower carbon hours at night.

OVO Energy’s guide on the environmental impact of EVs can be found here: https://www.ovoenergy.com/guides/electric-cars/how-are-electric-cars-greener-than-other-cars.html

We love to know if this is a big factor in making the leap to an EV or Hybrid? Are there any other environmental aspects you are thinking about or that you took into account when researching EV’s? Get commenting, it’s always great to get your feedback and opinions!
Carbon neutral - we need a community to get there!
E

Userlevel 2
The carbon footprint of an EV or hybrid is primarily dependent on the energy source used to generate their electricity.

The amount of carbon released generating the electricity for an EV is about the same as that released by an ICE car.

The carbon produced in the production of the cars is also broadly similar.

As we move more towards renewable sources of electricity, the lifetime carbon footprint of EVs will fall proportionally.

If you compare the amount of carbon in diesel or petrol to the amount of carbon in the coal which is used to generate the electricity, which is distributed and then used in your car, they come out about the same. That is comparing the carbon coming out of the power station with the carbon coming out of the exhaust. This is a comparison you will read about a lot.

However, that is an unfair comparison which lots of groups like to use as it is simple, just not realistic. What about production of diesel / petrol? Like the electicity, it isn't just dug out of the ground. If you want to compare fairly you have to use 'well-to-wheel'. This means comparing the energy needed to actually dig up, refine, transport etc for both sides. In this case you see an electric car running only off a coal fired power station emitting half the carbon of a good petrol or diesel. In the UK we have a mix of renewables and fossil fuels.

Many studies will take something like a 1 l mitusbish mirage and compare it against a Model S and claim proudly that over x amount of miles they are comparable or better when the model s is charged from power plants, excluding of course energy used for fossil fuels

this study got lots of headline articles like this one http://www.autotribute.com/47037/tesla-model-s-emits-more-co2-than-mitsubishi-mirage/

even then MIT have asked lots of places to accurately report this information, over the lifetime of the vehicle it is heavily in favour of the Tesla, then when you think realistically the Telsa Weight/Power should really be compared to something like a Bentley and even the most anti EV crowd should realise that you cannot compare them, in worse case charging scenero a luxury powerful car is almost comparable to a budget eco car.

Putting all things aside, even if it were the same carbon footprint, after driving an electric drivetrain I can't fathom why anyone would want to go back?