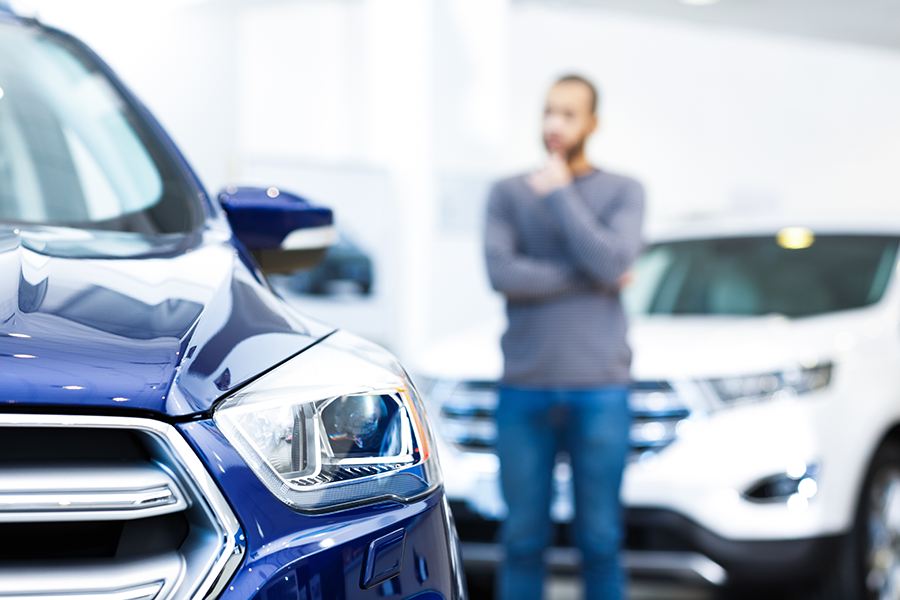 If you’ve purchased or leased a car or electric vehicle in the last 12 months, could you leave a comment below to share your experience, and outline how you went about researching which make/model to get? We would love to hear about how you came to a decision on your choice of car, as we know there's a lot of info out there to get your head around!

As well as this, have a go at filling in this poll to help us understand the experience of purchasing an vehicle:

If you've purchased a car, did you:

After first seeing a BMW i3 over 18 months ago, I finally bought a second-hand one in July. Best decision ever!

I did loads of research and thought I’d wait until the updated Leaf arrived but was put off buying it by the battery issue (Rapidgate) as I do need to do longer journeys from time to time. I looked at Ioniq but decided that, on a PCP plan, depreciation was so much more in proportion than the i3. I also then started to think I would wait for the Kona but having checked this out in the dealer (regular ICE models) quality just doesn’t begin to compare with BMW.

I visited the EV centre in Milton Keynes and had a 20 minute drive of i3 an couldn’t believe how good it felt to drive - super-fast, incredibly quiet, loads of space and really comfortable...but the price!!!

In July, I was casually browsing the web and came across a BMW dealer in Warrington who was selling used i3’s at significant discounts. In summary, I got an i3 Rex for under £23,000 with only 1180 miles on the clock!! An incredible bargain as only 8 months old. I reckon the depreciation in that time has been 34% - huge but I’ve not suffered that loss. My car is effectively brand new, and on a PCP is cheaper than Kona, Ioniq, Golf and Leaf.

If you’re thinking of going electric don’t wait - there will always be the next model, the next best range, the next longest battery, etc... but if you keep waiting you’ll miss out on the joy you get from driving electric now.

I love my i3 and, at this stage, I’m hoping to keep it for many years - plastic bodywork, aluminium frame and carbon-fibre body also mean it’s going to be around a long time, too. It’s magical! Oh, and the range is fantastic and incredibly accurate. Full charge is 160 miles and this can easily be achieved whilst still taking advantage of that great acceleration. My average is around 130 miles per charge.

The only downside I can share at the moment is the shocking infrastructure on the motorways. I’ve yet to come across one Ecotricity point that works for CCS connections and, last week if I hadn’t had the generator backup that the i3 Rex affords, I would have been stuck. You simply can’t rely on Ecotricity ever working. Polar, in contrast, has always worked fine and I haven’t come across a Polar point which has failed. I think the government needs to look at the monopoly Ecotricity has on the motorways and give the contract to someone else (OVO?) as they are jeopardising the growth in EV’s by not giving the EV community a choice and competition on the motorway network.

If you’re thinking of going EV, don’t bother with hybrids, just choose all electric as they’re far more simple to service and maintain. Also, test drive the i3 regardless of whether you like it’s looks or not. I guarantee you will love it and I can’t understand why BMW aren’t promoting it properly in the UK.
Timmy T
D

I have a Nissan Leaf 40KWh N-Connecta on order from my local dealer, who gave me a few £00 off the PCP price; effectively a lower monthly payment, as if I had paid a larger deposit. So, it's worth haggling. I might have gotten a few more £00 more off by using carwow, etc, but this way I have a local company to deal with, if there are any problems.

I'm on this forum because I intend to switch to OVO as soon as my current fixed rate period ends. I am very interested in a smart meter and Economy 7, and especially interested in the V2G pilot that OVO and Nissan announced. My car won't come until the end of September at the earliest, but probably late October, judging from other people who have ordered them. So, there is no rush to switch, and I suspect the lack of solar panels at my house - I am likely to sell it to move to something smaller in the next year - may make me less eligible to be part of the V2G scheme. This is a shame, because I would be interested in using the EV effectively as a peak offset battery; charge at economy 7 rates, then offer that power back to the grid, and to my own house at the 4pm-7pm peak of usage. Tesla Powerwall 2s and/or the Nissan battery options are something I definitely want, along with solar PV for my next house, and roof space and suitable orientation of the roof, are important for my next property. It is a shame that the Powerwall 2s on offer are 14KWh but the Nissan equivalents are only 6.5KWh for pretty much the same money

Hence, me probably having to get one of each, rather than two of the Nissan ones. I'd love to be part of a V2G pilot, as one of the Nissan batteries and the car would be about right for storage capacity for my current house electricity needs, and a smaller property would probably be the same or less.
Page 3 / 3