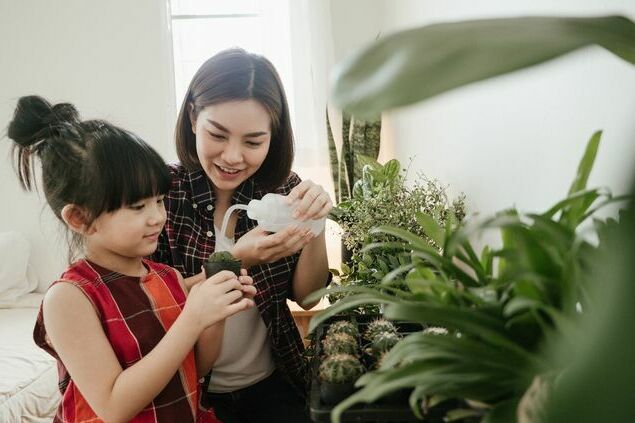 It’s available now to every OVO member at no extra cost, and can be found in your account menu next time you log in. Please check this out when you can, and come back here to tell the community what you think!

You can use it to see your home energy carbon usage (and how it compares to similar homes), the carbon forecast (when in the next 48 hours are the best/worst times to use energy in terms of carbon output), and to see a weekly breakdown of your energy use, all backed with tips and advice to help reduce waste, cut carbon and save money.

(Note: Some of the features may require an eligible smart meter and/or to ensure that meter is reporting to us half-hourly.)

OVO Greenlight also exists as a monthly email packed with info and tips, which is sent to all members with smart meters that have opted in to receive emails like this. Go to this section of your online account to change your email opt in settings and start getting these!

I’m looking forward to hearing member feedback on this, leave a comment below to tell us what you think!

I’m finding it really hard to believe that with wall to wall sun for this 48 hour period there are 47 hours of moderate carbon intensity forecast!

In the past day there has been more electricity produced by coal than wind in the UK which is unusual but not unique.

It is sunny but hasn't been that windy.

There is a lot of work to do to secure energy supply over the next few decades, even without phasing out gas central heating and the uptake of EVs

Lack of wind is more of an issue than lack of sun.

Really interesting point about the importance of different renewable sources, .

I was also unaware that wind powers us more than sun at the moment,   - looks like by quite a margin according to this article which suggests 20% of our power was wind generated compared to 6% coming from solar (at the end of 2019 at least). These hot hot breezes aren’t cutting it at the moment it seems!

Why the different comparison?

Some really detailed questions from both  and  ! Good news is I’ve heard back from the team so strap yourselves in for some expert explanations!

You’ve hit the nail on the head in terms of BST explaining why the usage graphs are an hour out (our smart meters run on GMT throughout the year). For the carbon intensity chart its gets slightly more complicated and this is what the team had to say -

now the bottom slider is a forecast for the next 48 hours. So if we are at 11:59am again for example, we add two chunks of the forecast together to get hourly values so that means as 11:30am-12pm hasn't passed yet and we combine this with the 12pm-12:30pm chunk.

Well spotted on this one too. You’ve noticed some changes were rolling out (starting on the browser version) which will be updated on the app in the next few weeks. The wording and the way we calculate the average usage which your usage is compared to have both changed slightly so you may notice a discrepancy between the figures shown on the app until we’re able to get the latest updates shown there too. In case you haven’t spotted it our community volunteer,   has written a great guide to how we roll out these app updates using CodePush -

In some cases, it’s also possible that certain changes are only being rolled out slowly under particular circumstances initially, before being rolled out to wider scopes as time passes. For example:

This is of course just one example of how a staged or phased rollout can take place and it doesn’t even scratch the surface of what magic tricks OVO uses to pull of the wizardry. I’m not really able to reveal the secrets because I’m a true magician. And a true magician never reveals the secrets of their magic...

Ours from the last couple of weeks.

Will be interesting to see the comparison difference in winter. I suspect it will flip to us using more energy than the average.

Am hoping the half hourly readings should give us a better idea about how best to heat the house when we are working from home. Probably more useful for us than the Greenlight.

I found Greenlight useful in terms of prompting action rather than worrying too much whether the figures were accurate.

I did find the weekly view in Greenlight vs the monthly view on the Usage page useful. A week feels like a good time period when seeing what difference small changes make.

I tried the energy efficient mode on our TV for the first time but the picture was terrible. We do need manufacturers to do more. Perhaps more modern TVs are better than ours.

Need advice from other members?

Ask your question to our members - they have the experience you're looking for: