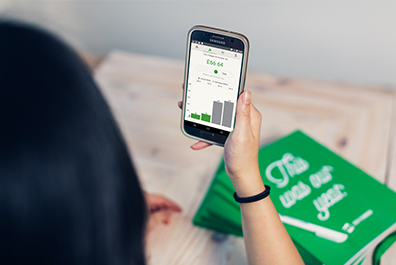 I had my smart meter fitted and everything has worked great so far. The only problem is that after about a month the electricity estimated bill reset to £0.00 to start calculating for a new month. So far though, the gas just keeps increasing. My bill online is all fine and my direct debit hasn't changed but it's frustrating to not be able to work out what my gas bill will be for the next month. Anyone got any ideas how to sort this out?
Thanks
icon

In short, this default estimated bill screen on the In Home Display (IHD) doesn't link up with the bills on your My OVO page, so it won't reset after each statement. It's therefore not that useful (if I'm honest) and you should use the statements on My OVO to view your charges.

The figures will reset after a tariff change, so when you renew, or with a price change if you're on the Simpler Energy plan. More info (as always) on OVO Answers here: https://www.ovoenergy.com/ovo-answers/topics/smart-technology/smart-meters/what-do-the-buttons-on-my-in-home-display-screen-mean.html.

This display can't be reset manually.

Have you looked through the menu options? You can review your history by hour day week or month. The month also shows your annual bill. You shoud be able to view gas and electricity seperately.
NickinHP

home display unit, I am on monthly D/D and about to start new 2 year fixed contract, is there anyway I can reset my display unit to '0' when my new contract starts?
Richard W Bain

+2
There is no way to do it manually (unfortunately).

Are your unit rates/standing charges changing when you start your new two year fixed?

I believe the ONLY time the home screen on the PIPIT 500 resets is when new tariffs are loaded to your meters.

When my smart meter was first installed the rates on my IHD were wrong. When they pushed the new rates to the meter the home
screen went back to £0 and had been counting up since.

I believe that the rates loaded on the meter are only used for estimating usage on the IHD and meters. The bill is calculated based on your contracted rates and meter readings sent automatically by the smart meter.

Ive got the same issue saying estimated bill and not even had it 2 weeks and gas and elec is already at 40 quid
J.Forletta

Thank you for the reply, I will see what's happens on the 29th
Richard W Bain

Yes the new rates have been updated....
Richard W Bain

Ongoing issues with my IHD, it has never given accurate bill estimates/usage...
Currently its telling me that my bill will be nearly £200 for electric and £100 for gas.. This is completely wrong, the total for both is going to be around £100 this month.

This has been an ongoing issue, its always displayed bill/usage as being about 3x the amount that the online portal uses.. Make it totally useless/pointless.

I was told a while ago when on the phone to customer services that an update would be pushed out that will fix this at some point.. That would have been around 6 months ago.

The other issue is how bright the display is, blinding!! But thats not something that can be changed easily.. Would be happy if it was just accurate.
M

I’d like the reset code for my pipes 500IHD. Tp be of any real use I’d like to be able to zero the display fro time to time.

I’m afraid we can’t get a code to reset your In Home Display (IHD) but you’ll be able to view your usage on your IHD under the ‘History’ tab.

Thanks for getting involved on the Forum!

Your In Home Display unit's estimated bill screen refers to the amount of energy you’ve used since the hub was connected to the meter. This will only ever be an estimated figure and will only refresh at the end of your contract.

Your unit will display your kWh usage on a daily, weekly or monthly basis - but you'll need to refer to your online account or monthly statements to view your charges.

Hope this helps,
Emily
B

IHD provides some pretty graphs, quite entertaining if you are into trying to relate the usage to a situation/period, were you home, what was the weather was like, was that the week end you had friends stay over. You quickly see that, as long as you turn the heating off and go away, pray for warm weather and never have guests you will have saved fuel. A flash of the blinding obvious.
S

In home HD display is just a flashing gimmick waste of time it does not reset after each bill it just keeps adding on so you never get a correct bill from month to month, may as well unplug it and save on the electricity.
P

I have an OVO smart metre and it currently reading
Electricity £297.78
Gas £266.70
However get my bill its always a lot lower than this. How can I work out my bill according to these readings?

I've moved your post over here where other users are discussing the same topic.

Hi I've only had my smart meter for almost 3 months, but the other day my electric on my smart meter reset back to £0 whilst the gas continued to calculate usage.
If I click on the electricity icon on the menu screen, it says no data?
Why is this?
Thank you in advance.
P

3 times this week my IHD hasn't reset. I am usually up at 6am and as I've said 3 times this week my IHD is reading £2.55, £2.70 and £2.68 when it should only be reading the standing charge+, approx 64-70p. The gas heating is switched off at 11pm, all electricity sockets are switched off apart from the fridge-freezer and I don't leave any chargers on overnight. Does anybody know why? Also sometimes the amber light on the IHD comes on for no good reason that I can see, not cooking or washing etc. It can stay on for anything up to 10mins and I go round the house looking to find what could be switched on thats using energy! Never find anything. Am I being charged or is it just a blip?

I hope you don't mind but I’ve moved your topic onto this thread as I think there is some useful information on here.

It sounds like you’re referring to your In Home Display (IHD) rather than the smart meter itself. It sounds like the electricity might have reset either because of a change in your tariff (normally if you’re on the Simpler Energy plan).

Feel free to send over some screenshots to the Social team on either Facebook or Twitter if you’d like them to look into this further for you.

Hi Lucy thank you, but I thought I was I a fixed tariff with both gas and electricity, which only started in November 2017?

Your In Home Display (IHD) shouldn’t reset. Can you let me know what section of the IHD you’re referring to? You should be able to see your usage in the ‘History’ section.

If you remain concerned, can you please include a screenshot of what you’re seeing in your comment?

I hope you don't mind but I've moved your topic to one of our existing topics on IHD's and the estimated bill section, as I think you'll find this topic useful.

Why is it that on the TV it shows a nice colour IHD with ACTUAL usage on when I have been given a black and white unit that only shows ESTIMATED usage ? I thought the whole idea of the smart meters was that you knew the actual usage and don`t have to rely on estimates ?
H

[quote=jackobongo]Why is it that on the TV it shows a nice colour IHD with ACTUAL usage on when I have been given a black and white unit that only shows ESTIMATED usage ? I thought the whole idea of the smart meters was that you knew the actual usage and don`t have to rely on estimates ?[/quot

I wondered the same !
E

Userlevel 3
My IHD (a white box with SECURE on the front, and a label underneath calling itself a Pipit 500) is only B+W, but so what? I don't see what colour would add.

Press [menu] at the top left and you have other options including more detail about either gas or electricity, showing today's and yesterday's use.

Hi when i look at the dual fuel option the estimated bill always appears to be getting bigger even though we're udunig less of everything, no oven on the electric, only LED lights fitted in the house. no underfloor heating on as we have a good wood burning fire. we only have two radiators on upstairs between 9 and nidnight every night.
yes i know its the 29th of the month bit its bern creeping up all the time. we sre now in credit by £115 after two or three payments . will this estimate continue to climb amd will it reset at the end of the month
M

I had a Pipit 500 IHD sent out back in February, and on first linking it up it showed an 'estimated bill' of over £400 just for the Electricity alone. Since then, it has just continued going up. According to the book it's supposed to reset itself every month. When I phoned up about this I was just told to ignore it, and this is normal behaviour. So why does the book say one thing but I'm being told basically to just ignore the display? What's the point of it if you're telling me it won't show the correct information?
Page 2 / 3